What is a New York Power of Attorney?

A New York Power of Attorney is part of the Advance Directives packet. 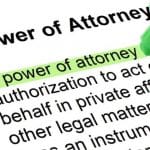 What can a New York Power of Attorney or (an Attorney-in-Fact) Do?

There is also a section of your Power of Attorney that allows you to authorize your agent to make gifts in excess of $500.  If you wish to grant your agent gift-giving powers, you must initial this section and complete a Statutory Gifts Rider. The Rider allows you to grant to your a variety of gift-giving powers, including the power to make gifts to himself, to make gifts to certain other individuals; or to open, modify, or terminate bank accounts held for the benefit of certain individuals.  If you wish to grant any of the stated powers, you must write your initials next to such power.

What can a New York Power of Attorney not do?

In addition, an attorney-in-fact has a duty to act in the best interests of the principal.  They cannot engage in behavior that is purely for their own interests.

Is a Power of Attorney Responsible for Debt? 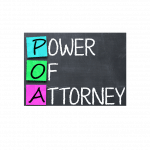 Is a Power of Attorney the Same Thing as Guardianship?

A Power of Attorney and guardianship are not the same, but there are a lot of similarities between the two.

The differences as follows:

Guardianship is a proceeding that is commenced in Supreme Court in order to appoint a guardian for an incapacitated adult (or an adult that has capacity but is otherwise in need of a guardian).  A Guardian can be appointed for someone whether or not they are incapacitated. A Guardian of the Person makes decisions specifically about personal matters, while a Guardian of the Property makes decisions about the financial affairs of either an “Incapacitated Person” or a “Person in Need of a Guardian.”

The powers granted to the Guardian are set forth in the Order and Judgment, which is signed by the court.  Guardianship matters are governed by Articles 81 and 83 of New York’s Mental Hygiene Law.

In addition, both Guardians and attorneys-in-fact have a duty to act in the principal’s/ incapacitated person’s best interests.

Does Guardianship override the Power of Attorney?

Yes, sometimes. Where a Guardian of the Property is appointed, that appointment will override a Power of Attorney.

When does a Power of Attorney become effective?

Make sure to discuss which type of Power of Attorney you want, so your attorney can provide you with the right form.

When is a Power of Attorney no longer effective?

A Power of Attorney can become ineffective upon the occurrence of one of the following:

A Power of Attorney is no longer effective upon the death of the principal.

In addition, as mentioned above, if a Guardian of the Property is appointed for the principal, the guardianship overrides the Power of Attorney.

Lastly, while they are no longer as common today as they once were, Powers of Attorney can be designed so that they become effective upon their execution but then terminate upon the incapacity of the principal.

Where do I get a New York Power of Attorney?

While you can find Power of Attorney forms online, or clicking here, it is best to seek the help of an attorney, who is more likely to have the most up-to-date statutory form and can advise on the issues of preparing a power of attorney and what powers should and should not be granted.

Note that Governor Cuomo has just enacted a change to the laws that makes substantial modifications to the Power of Attorney Statute. We are preparing another post that will describe all of the changes in greater detail.

This post is made available by the lawyer for educational purposes only as well as to give you general information and a general understanding of the law, not to provide specific legal advice. By using this site you understand that there is no attorney client relationship between you and the lawyer. The post should not be used as a substitute for competent legal advice from a licensed professional attorney in your state. ATTORNEY ADVERTISING.